The sports-flying team iQuad brings kites big and small to the Antelope Island Stampede this weekend to wow the crowd with its airborne acrobatics.

Although you may have never seen such a sight with your own eyes, precision team kite-flying competitions take place the world over.

John Barresi, one of iQuad’s founders, has competed for 17 years, flown in 14 countries, and has 25 national championships.

“Between several different kinds of kites, and formats they are presented in, there is a global singular culture where everyone meets,” said Barresi, calling from his home in Portland, Ore.

“Sports kites are flown with more than a single maneuverable string,” he said. “We specifically fly a type called quad-line kites, allowing us to fly them forward or backward, spin them, and hover them in place.”

Barresi notes that the kite fliers are called pilots.

“With this level of control, we do formation team flying,” he said. “An analogy might be the Blue Angels or Thunderbirds, except on strings.”

Barresi first got the kite bug about 20 years ago as a teen, when he approached a man flying a kite in San Francisco. The man handed Barresi the strings.

“The next thing I know I am being dragged along the ground,” he said, laughing. “I smiled so wide when I got up! And then I went straight to my pops and said, ‘Can I get a kite?’ ”

“During that, we had the opportunity to do mega-flying in a very, very large group — 18 kites precision flying. And we loved it so much that when we came home, right away we recruited two more people, and started iQuad.”

“When we started, there were no quad-line teams in North America. Now I think we are up to seven full-time teams, and over 100 individuals doing this kind of thing.”

Barresi and iQuad fly both huge and tiny kites, indoors and out. For school demonstrations, they fly delicate kites inside assembly halls.

“A kite is powered by air moving,” he said. “Outside, you use wind. Inside, you have air, of course, but instead of wind, we as people move, creating the same effect. These indoor kites are so light, that a simple stroll around the room allows them to fly.”

Want to give it a try? Just show up at one of the competitions with the will and a quad-line kite, and you will be welcome, assures Barresi.

“Because of our philosophy about kite flying, every event we went to, we fold in every single quad flier we can find. … If you show up with one of these kites, you’re in. If you don’t have quite the skills, you are folded in, and everyone shares their information freely and readily until you are able to do it, too.”

In late August, iQuad was part of a new world record precision fly at a festival in Long Beach, Wash.

“We had 64 quad-line kites flown by pilots in formation at the same time. It was incredible. We talked about it being a pastime, or a sport, but it is more than that — a fast and immediate bond between the people that show up, user-to-user inclusivity and bonding.” 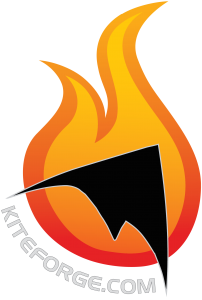 "You talked a bit about how each time you travel, it changes a part of you and you carry it with you. The amazing part is... That YOU bring that to EVERYONE that you interact with. I didn't feel that I was being "instructed", but instead, "coached", in a very caring and understanding manner. You were never abrasive or short with me, not even ONCE, which is amazing to me. I never felt criticized or judged, I was just able to be myself, at exactly the kiting level I was at that moment. Even when I forgot something you just told me, you just told me again. AMAZING. You also celebrated every small achievement with me, no matter how small."

No events booked at the moment.

This message is only visible to admins.

PPCA Error: Due to Facebook API changes on September 4, 2020, it will no longer be possible to display a feed from a Facebook Page you are not an admin of. The Facebook feed below is not using a valid Access Token for this Facebook page and so will stop updating after this date.